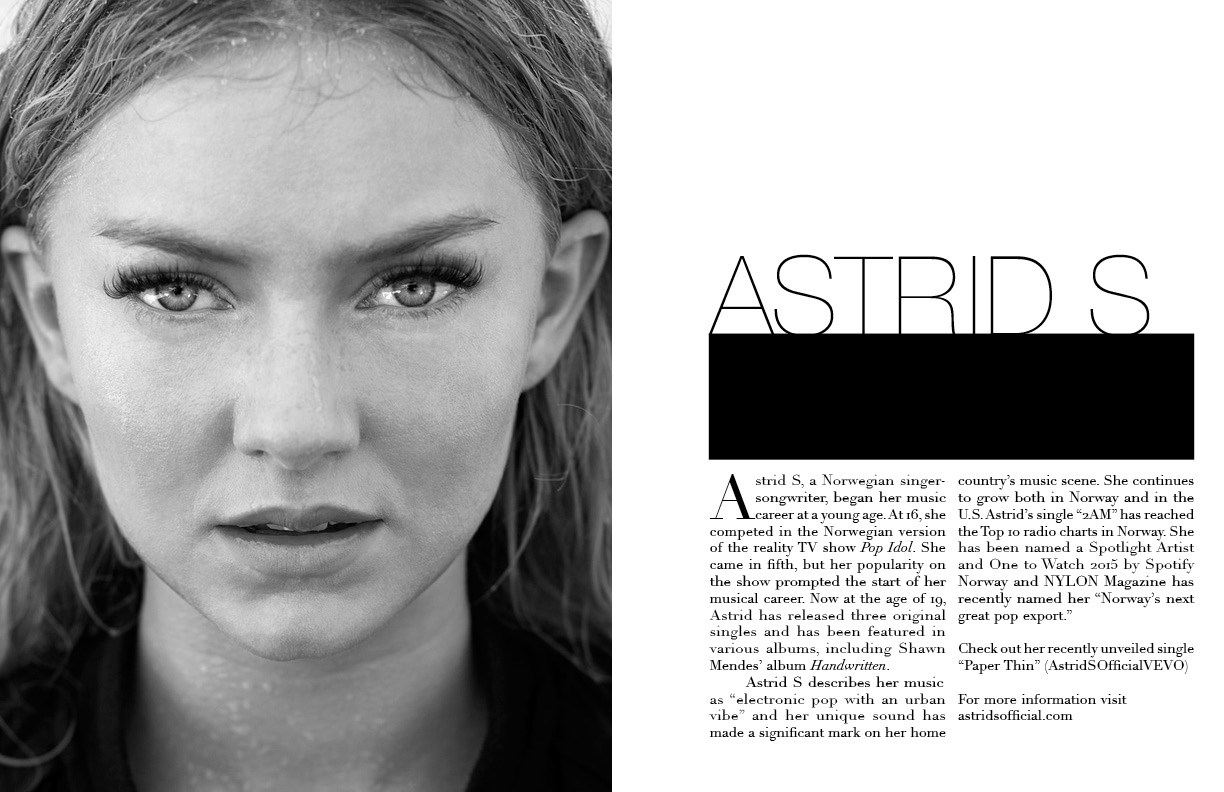 I’m reposting my article on Astrid S because she just released her first EP and it’s fire. Astrid is one of my favorite artists at the moment. Not only is she gorgeous (obviously), but she’s a former soccer player (same) and creates pretty amazing music. She is considered a pop artist, but her music has a little bit of an indie electronic vibe to it. So if you’re looking for some new noise, I highly encourage you to check her out.

Her self-titled EP is available on iTunes (here)

Her music videos and covers are available at AstridSofficialVEVO (here)

Astrid S, a Norwegian singer-songwriter, began her music career at a young age. At 16, she competed in the Norwegian version of the reality TV show Pop Idol. She came in fifth, but her popularity on the show prompted the start of her musical career. Now at the age of 19, Astrid has released three original singles and has been featured in various albums, including Shawn Mendes’ album Handwritten.

Astrid S describes her music as “electronic pop with an urban vibe” and her unique sound has made a significant mark on her home country’s music scene. She continues to grow both in Norway and in the U.S. Astrid’s single “2AM” has reached the Top 10 radio charts in Norway. She has been named a Spotlight Artist and One to Watch 2015 by Spotify Norway and NYLON Magazine has recently named her “Norway’s next great pop export.”