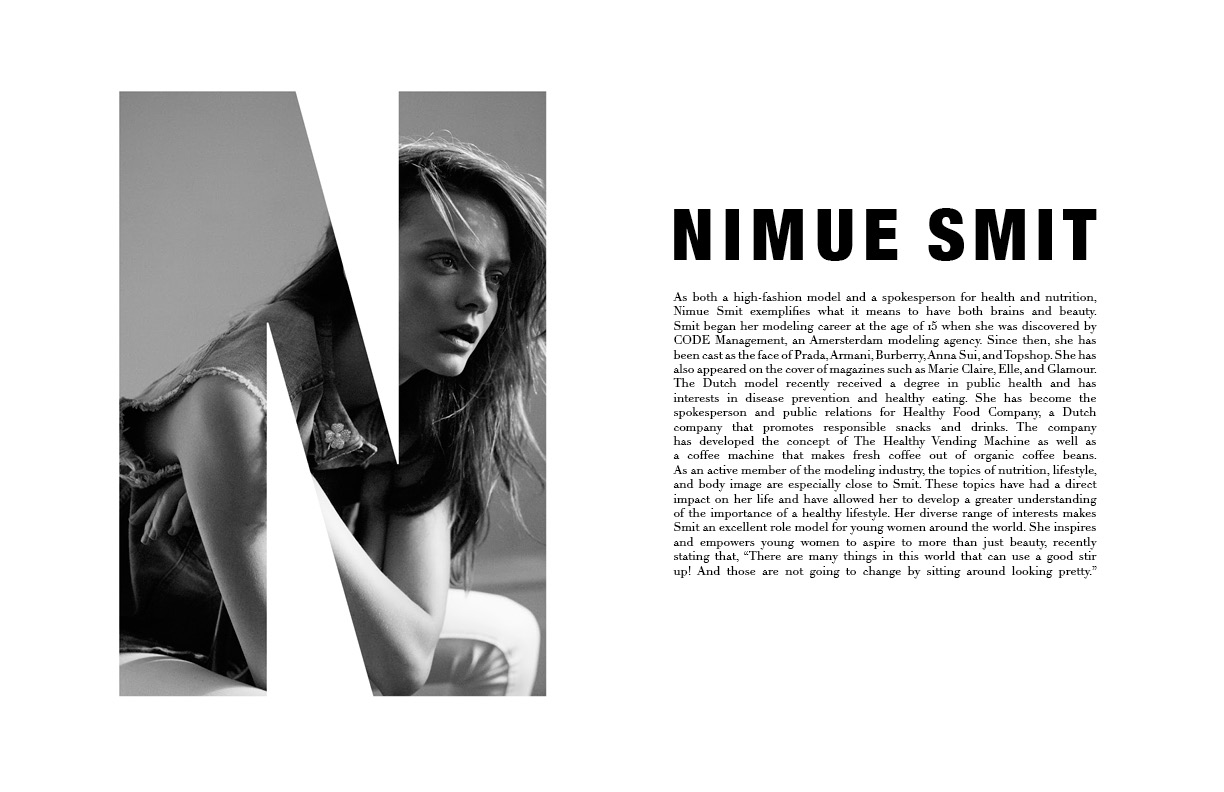 As both a high-fashion model and a spokesperson for health and nutrition, Nimue Smit exemplifies what it means to have both brains and beauty.

Smit began her modeling career at the age of 15 when she was discovered by CODE Management, an Amersterdam modeling agency. Since then, she has been cast as the face of Prada, Armani, Burberry, Anna Sui, and Topshop. She has also appeared on the cover of magazines such as Marie Claire, Elle, and Glamour.

The Dutch model recently received a degree in public health and has interests in disease prevention and healthy eating. She has become the spokesperson and public relations for Healthy Food Company, a Dutch company that promotes responsible snacks and drinks. The company has developed the concept of The Healthy Vending Machine as well as a coffee machine that makes fresh coffee out of organic coffee beans.

As an active member of the modeling industry, the topics of nutrition, lifestyle, and body image are especially close to Smit. These topics have had a direct impact on her life and have allowed her to develop a greater understanding of the importance of a healthy lifestyle. Her diverse range of interests makes Smit an excellent role model for young women around the world. She inspires and empowers young women to aspire to more than just beauty, recently stating that, “There are many things in this world that can use a good stir up! And those are not going to change by sitting around looking pretty.”